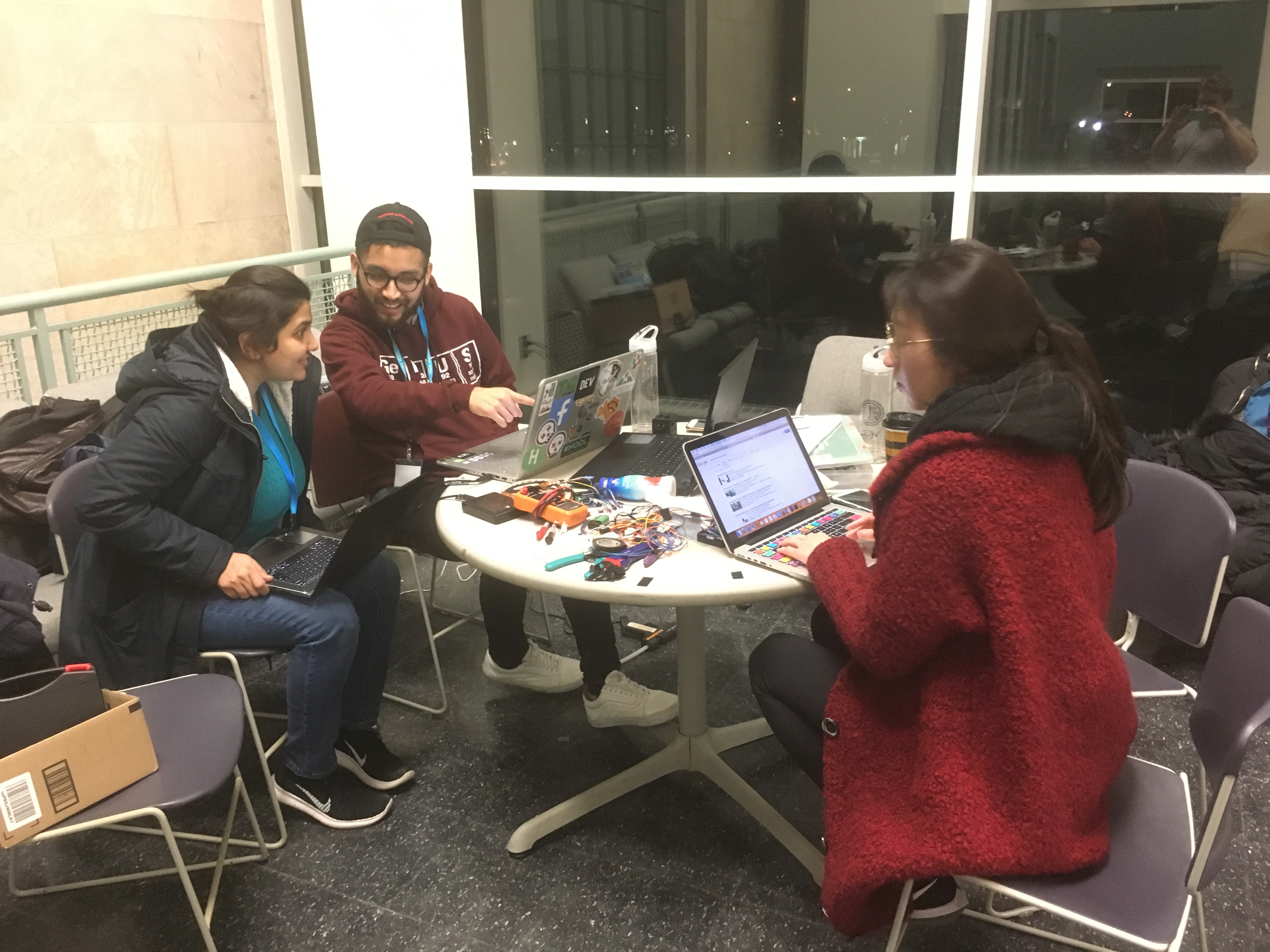 Over the final weekend of January, 2018, three members of the lab, Irvin Cardenas, Do Yeon Kim, and Brian Selle, joined with two fellow Kent State University students who are pursuing their PhDs in Computer Science, Deepshikha Bhati and Aditi Singh. The competition featured teams of 1 to 4 participants, every teams goal was to build or improve on technology in the fashion sector within 36 hours.

The team set to work on the Friday night that the competition with the intention of making a wearable technology that would measure muscle activity and correlate it to patches of LEDs on a long sleeve shirt. The readings from the muscles are measured using sets of EMG(Electromyography) sensors that attach directly to the skin and measure the pulses sent to muscles that make them contract. 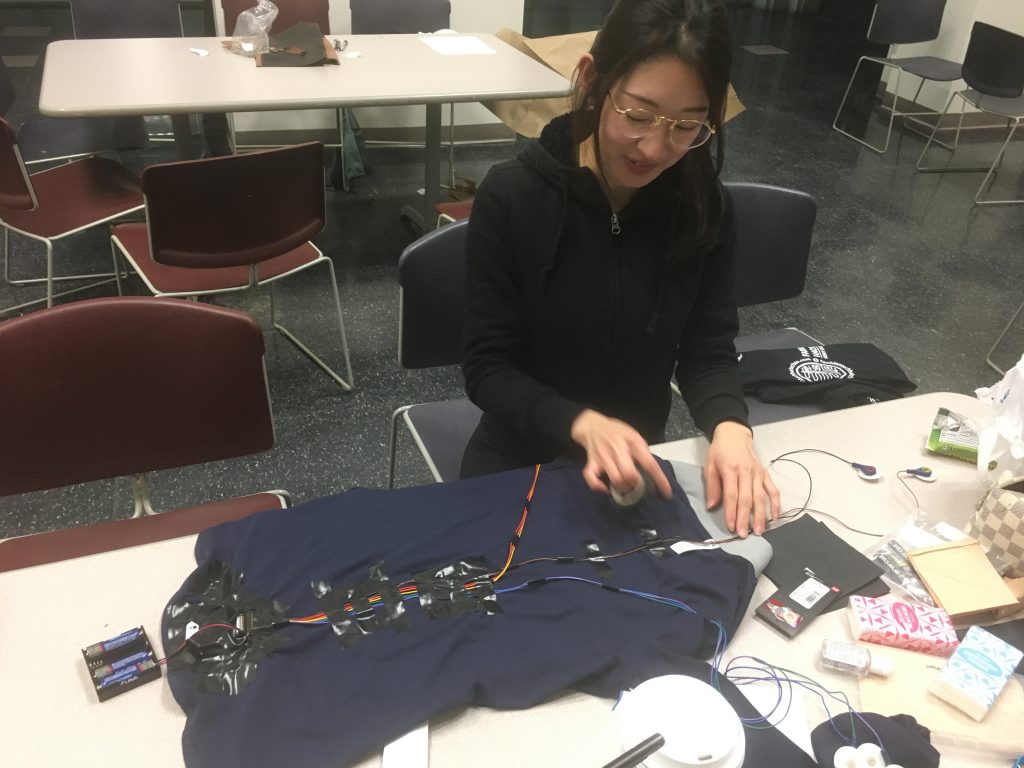 Do Yeon stitching the EMG garment 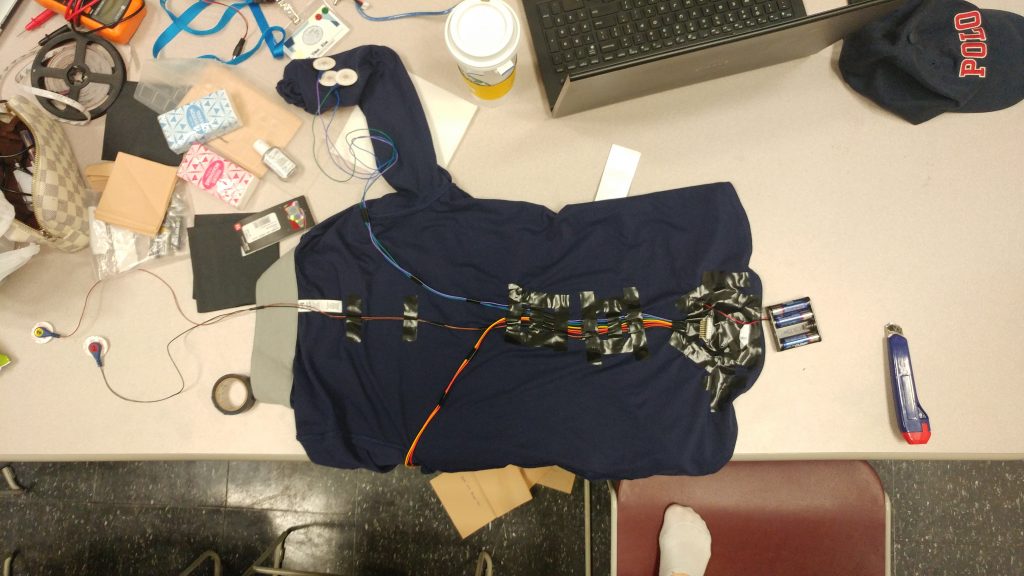 The finished wiring setup of the shirt. 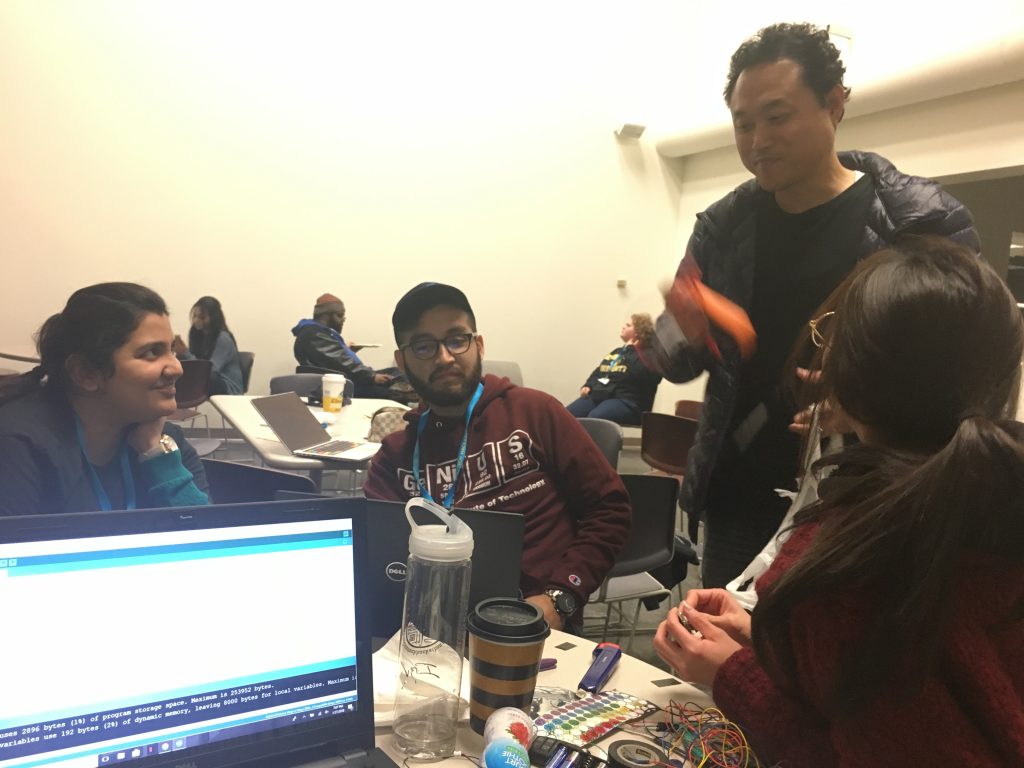 Dr. Kim visits the Hackathon team to check on progress.

Deepshikha and Aditi work to develop the software while Irvin works on wiring. On Sunday morning, after 36 hours of planning, programming, and building the team got to pitch their creation to the judges and received critical acclaim from many attending the event. 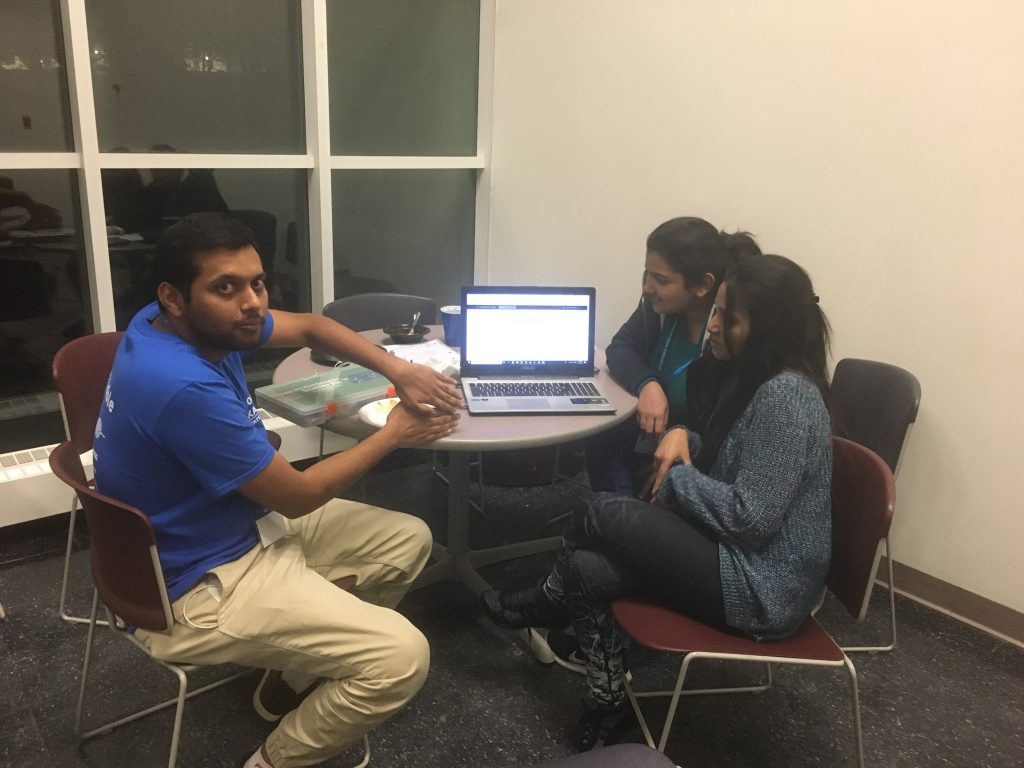 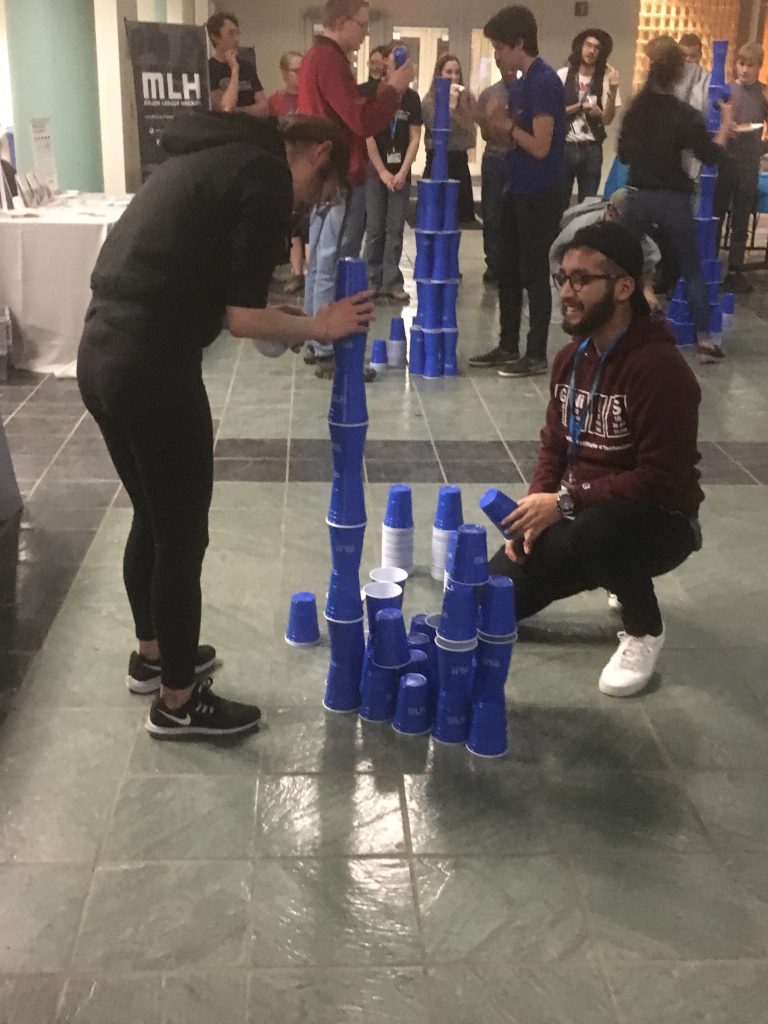 Do Yeon and Irvin compete in a competition to build the highest cup tower.

On Sunday morning, after 36 hours of planning, programming, and building the team got to pitch their creation to the judges and received critical acclaim from many attending the event. 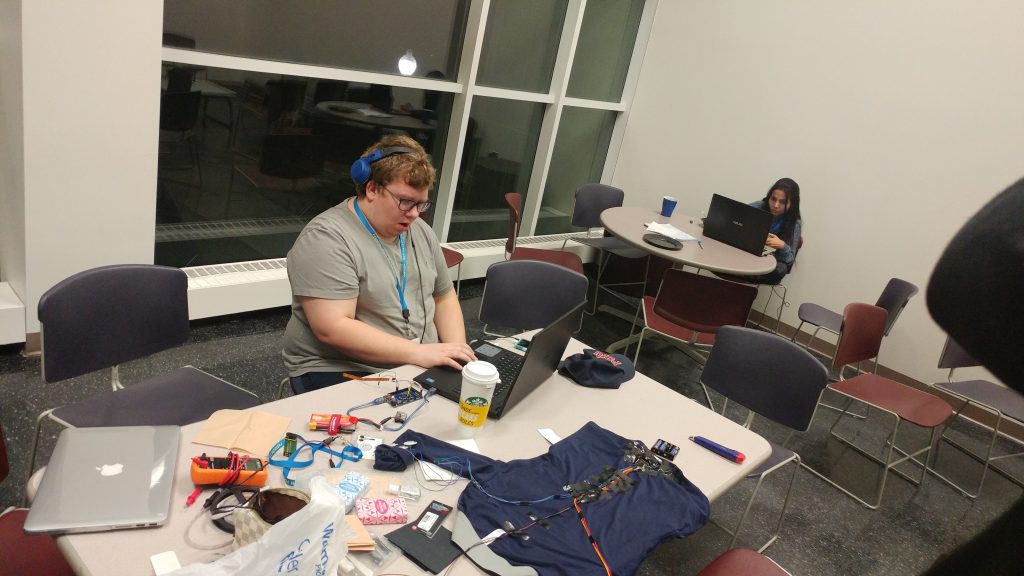 Brian works with arduino to control the LED strip.

The team poses the morning of presentations after presenting their accomplished work. 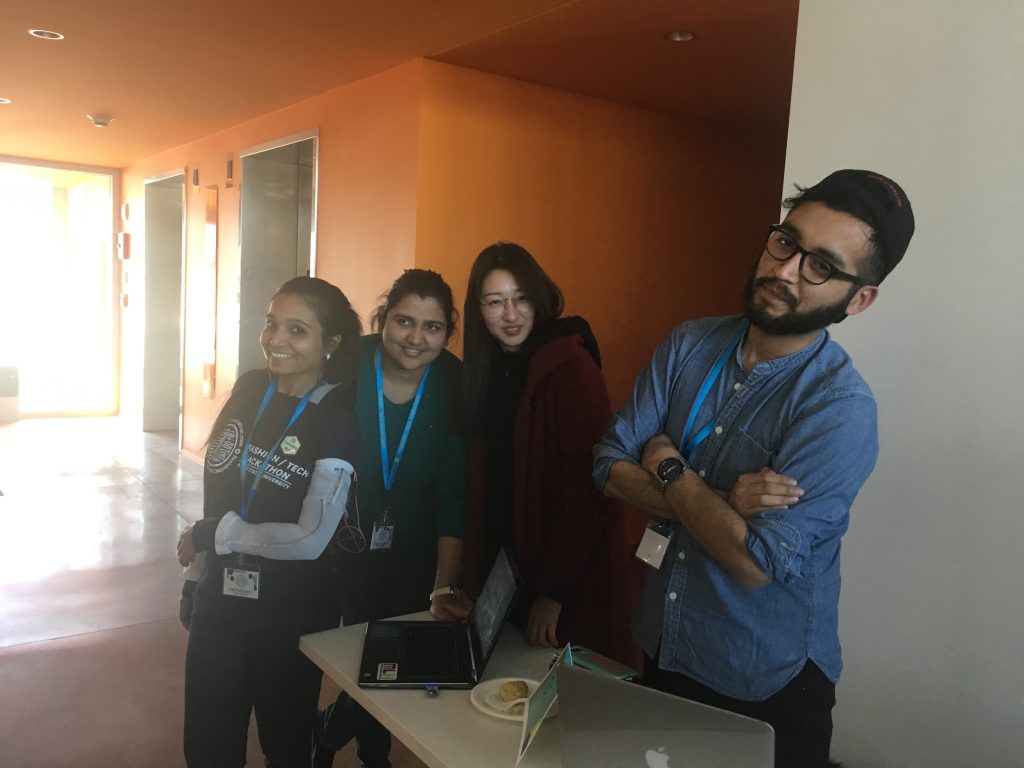 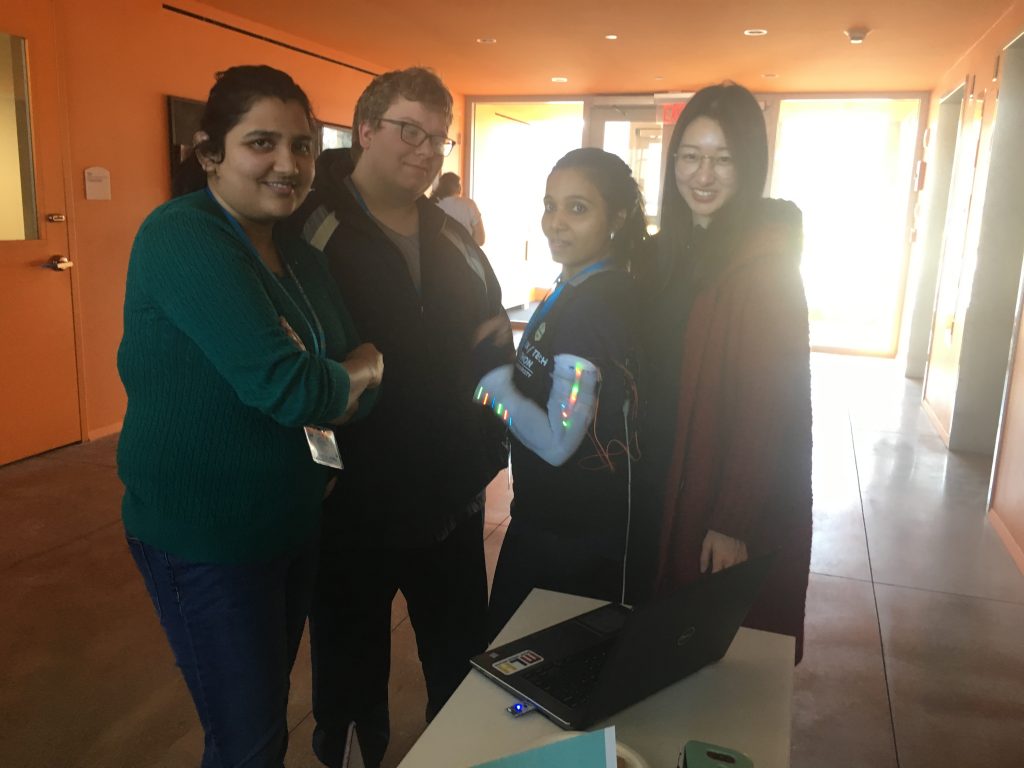 Congratulations to Marcus Arnett and their team!